A debut collection that was originally scheduled to show at our NZ Fashion Week Show with Together Journal on the weekend, however, due to a Nationwide lockdown we are now bringing you all the creative beauty virtually with a very special tribute.

Rewinding and redesigning the crossroad between traditional and modern relationships and etiquette, Brooke Barrett releases their new completely customisable Ceremonial Collection, The Unveiling, for their Ceremonial-wear line, Ivory Edit.

The collection pays tribute to the anniversary of the world that once was, exposing a new woman, riding their way out of old ceremonial expectations, and directing the road to freedom as we are shown behind the scenes of New Zealand fashion designer Brooke Barrett of her eponymous label only days before their first National lock-down at her wedding, March 2020.

A cornerstone for liberation, relationship diversity, inclusion, and equality, The Unveiling unites structure mixed with fashion-forward pieces to cater to every woman, everywhere.

Threading a dream of a world where this unity will continue to evolve and flourish. A salute to the suiting of 1960’s progressive rock, dramatic 80’s ruffles, and the expression of modern rock’n’roll.

As the unknown continues, the concept of Brooke Barrett’s Contemporary Ceremonial Collection intends for pieces to be re-worn.

The Unveiling forges new traditions for women and men of future generations.

THE WEDDING \\ The Unveiling editorial & film feature created to release in tribute to the first lockdown anniversary and Brooke’s own wedding.

I met Justin two days after Christmas, nearly 6 years ago. I had closed the door of my apartment in LA, finished the last day of my job, and flew back to New Zealand to see family on Christmas Eve. The timing was unreal. I started my new job the day after boxing day and met Justin that night while I was working at the bar.

The first day we spent together, Justin picked me up on his motorcycle, and we rode around the mountain of my hometown. I hadn’t planned on staying in New Zealand until this moment when my future changed right in front of me – riding along New Zealand’s famous Surf Highway. That day I’ll never forget. It was as if at that moment my destiny was laid out in front of me.

Fast-forward two years – Justin + I had planned a trip back to the States, though this time together. We had planned on finding an old El Camino (the transport I had always wanted while I originally lived in LA) to road trip up the Pacific Coast, stopping at the iconic Madonna Inn in San Luis Obispo on the way. We spent days looking for the right one but nothing was quite right, so we ditched that idea and headed up the coast anyway. The Madonna Inn is somewhere I had often mentioned would be such a cool place to run away and elope, still carries the vibe of a Vegas Wedding though done a little differently. So it might sound crazy to say I was completely surprised when Justin proposed to me, though I honestly had no idea it was coming at that moment! We decided to hold off on telling anyone until our family was all together back in New Zealand, and because we’re both pretty private people, we thought whatever we were planning for our wedding we would keep it secret too, and so we did!

I grew up at the dirt track watching motocross on the weekends, and my family would hold a paddock derby every year (which is how I learnt to drive!) So the fast-paced adrenaline and rebellion of the scene was something I romanticised from a young age. Justin too has a heart for anything fast and loud, so we wanted our day to go in with a bang and finish that same way + be a party for all, so our dress code was exactly that, ‘Dress like it was your own party!’

Justin & I were married the weekend before New Zealand’s initial lockdown. We had already decided to have a small, intimate wedding, true to us, and looking back, even with the universal changes, we had planned it perfectly for us & wouldn’t have done it any other way – and now, together under that same mountain, I design @brookebarettforyou + @ivoryedit___ from our home, where Justin works on his old cars and motorcycles. A dream I manifested that day I flew home.

Why did you choose your destinations?

We’re best friends. It didn’t seem right to share the morning apart, so we spent it together with Justin’s son (our best man + my greatest pride and joy) and my Mum, my bridesmaid and some friends who flew in from overseas. It was great having all hands on deck as I was in the peak of wedding season and was so focused on having everyone else’s deadlines that my own was pushed to the side. So in true style to our wedding, fast-paced, I finished my suit the morning of, just in time to jump on the back of Justin’s same bike for a blat up the road before we (Justin, Luka + I) drove out to have some photos taken amongst the cacti like our Californian dream.

Justin + I both have a love for all things vintage with a modern twist, and (Our Ceremony venue) Vintage Industries is an incredible old building that is decked head-to-toe with decor + lighting salvaged from all corners of the world. Its Vintage Glamour was a huge drawcard to us and hadn’t been used as a wedding venue before, so we were pretty keen to keep it under wraps as a surprise until the day before. We arrived in the afternoon sun in a rush of rubber and smoke (How Justin would say ‘in style’) where Janis Joplin belted out ‘Piece of my heart’ as I was whisked through our closest friends + family to give my heart away. A rock’n roll, romantic dream.

What does marriage mean to you?

It’s being wholeheartedly yourself and knowing you are completely accepted for doing so. It’s saying yes to honesty, support, understanding and allowing each other to be the best versions of yourselves, together.

What was your favourite moment from the day?

After the ceremony, the entire party walked through the streets to our reception and Justin + I ducked out to have photos taken along the way. It was here we found a moment for just us as husband and wife, with the biggest smiles yet so content, heading to dance the night away.

Advice for other couples planning a wedding?

Make sure it’s you and have fun with it! Just like we kept our engagement and wedding close to ourselves, we chose to do the same with our photos. But we’re ready to release them, alongside the collection where you can now make these pieces your own too.

Follow @ivoryedit__ for more pieces of modern love over on Instagram here, and you can also find Ivory Edit on our Wild Hearts Vendor Collection here. 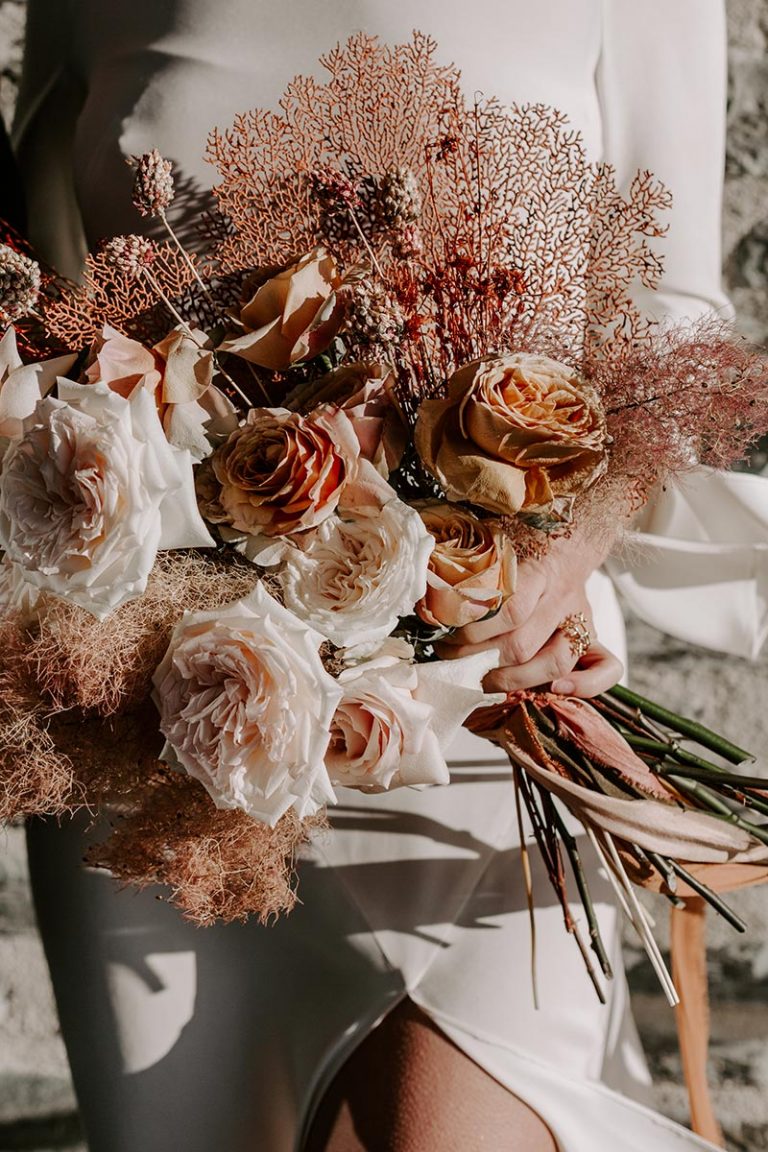 Are you ready to run wild? WILD HEARTS AUCKLAND W