Wild love stories, how they began and their journey, are what we swoon over at Wild Hearts. The dreamers and wanderers. The magical destinations. That raw love before the big day.

Max and Kims’ beautiful engagement shoot took place in not one but two stunning locations- amongst florals in the Victorian style glass houses of the Auckland Winter Gardens as well as in a wildly rustic farm setting.

“Run wild…. until you find someone just as wild to run with.”

In our first year of University we were in the same hall and the flats next to each other – essentially the same floor. Our first conversation was about the internet booklet which we had to share amongst our flats. We both had the idea that we would have to see each other again to get the book as there was only one. We were both studying health science so spent a lot of time together. We went on a lot of adventures and explored our new city together. Max always stole flowers out of gardens and would surprise me with them. On a trip to Tunnel Beach was where Max asked me to officially be his girlfriend 4 months later.

We had been talking about going on date day for a long time as we had not been out together for a while. Max suggested we go to Euro which is where we went on our 1 year anniversary for dinner followed by the reverse bungy. It was the day of the cyclone earlier in 2017 in Auckland, the bridge had been shut and re-opened and Max was very calm about the whole situation. He called the restaurant and confirmed that they would be open. We had an amazing dinner and walked to the reverse bungy, it had started to rain but Max could not contain his excitement so I agreed to still go on it. As we were shot up into the sky max asked me in Afrikaans to marry him (I (Kim) am originally from South Africa, so that was extra special and romantic), he had the most beautiful ring around his pinky.

The Auckland Winter Gardens was a perfect place to do our engagement shoot on a rainy Auckland day, and we especially loved it because it reminded us of Max always stealing flowers while we were poor university students and surprising Kim with them. The farm, Kim grew up on a farm, and we both love exploring and adventuring in the outdoors so we took it as a chance to spend the day doing what we love and showcase ‘us’ on a typical day off – going on an adventure.

What does love mean to you?

Finding someone you love to annoy and who loves to annoy you and spending time together makes you happy.

What are you most excited about for your upcoming wedding?

Celebrating with all our family and friends from around the world and also the honeymoon in Bali! 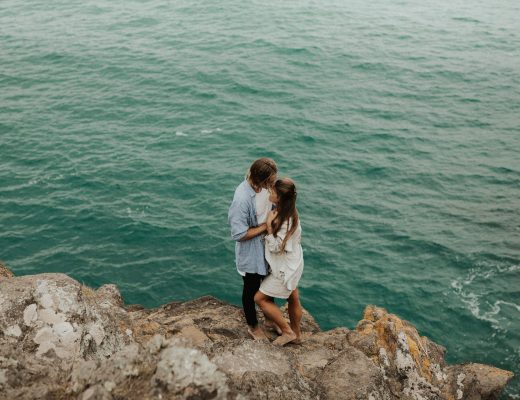 "For both of us I think marriage means that we’r

Don't underestimate the healing power of these thr

How beautiful is this sneak peek from the Tablesca

FLOWERS AND FRAGRANCE WITH @perfumeplayground 🥀 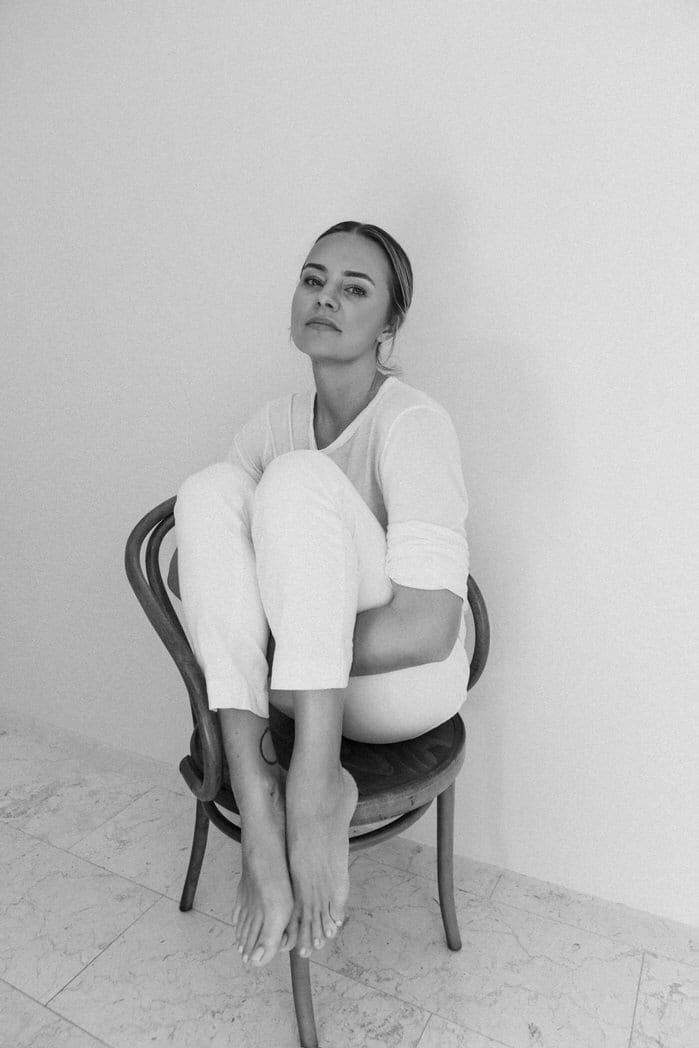 Anya Ostapenko is the unrelenting force and face behind the contemporary Australian bridal label, L'eto Bridal. L'eto has one central focus when it comes to reshaping the bridal world; to make love cool again.

Cool the L'eto bride is, with careful and considered play between textures, silk weights and design- there is something for everyone. Each collection is an ode to a specific love for Anya; country, era and aesthetic- all collections speak of a time and style that Anya believes should exist in the bridal world. The result? L'eto brides have been adorning aisles (or catwalks) everywhere with these incredible new bridal gowns.

Self-taught in every way, Anya Ostapenko is a name that the fashion and bridal world alike need to look out for, because as much as she has transformed the world of bridal, she is only getting started. 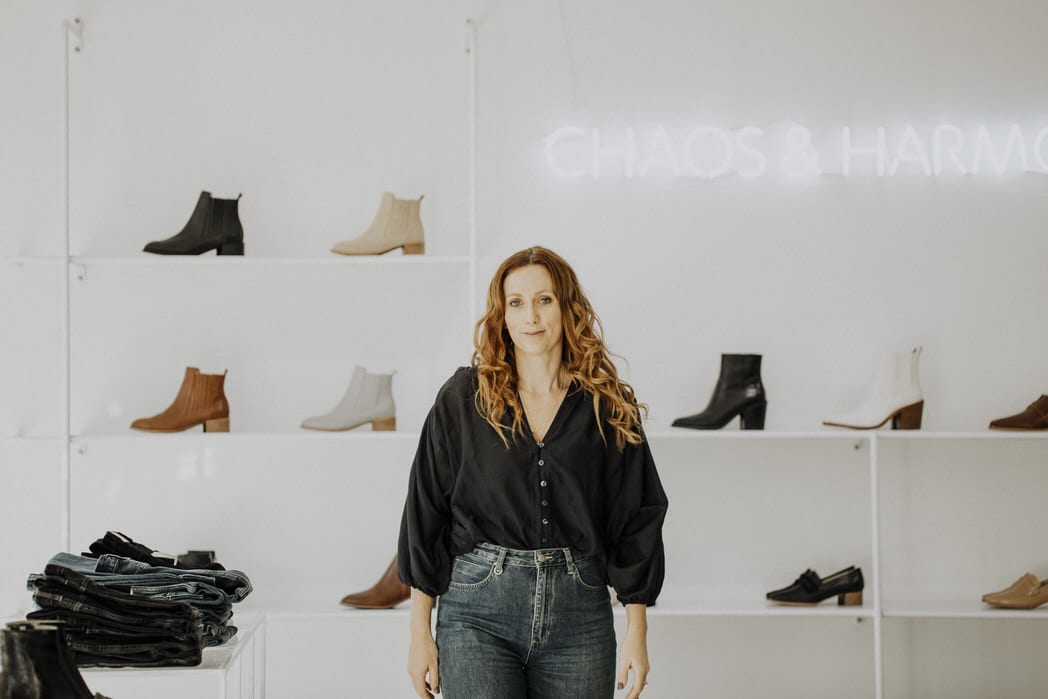 Over 10 years ago, Chaos & Harmony’s Creative Director and Founder, Beks Anderson and her husband sold everything they owned and moved to Italy so Beks could learn to design shoes at the Instituo Europeo di Design in Rome. She was taught by tutors who’d worked at Valentino and Fendi, among others, and learned how to infuse her lifelong love of texture, materials and leathers into comfortable, high-quality, hand-made shoes.

Twelve months later they returned to Mount Maunganui and created Chaos & Harmony - a market-leading, boutique shoe company. The name Chaos & Harmony reflects our love of textures to create depth – it brings about a curious contradiction. It also subtly sums up a woman’s world! 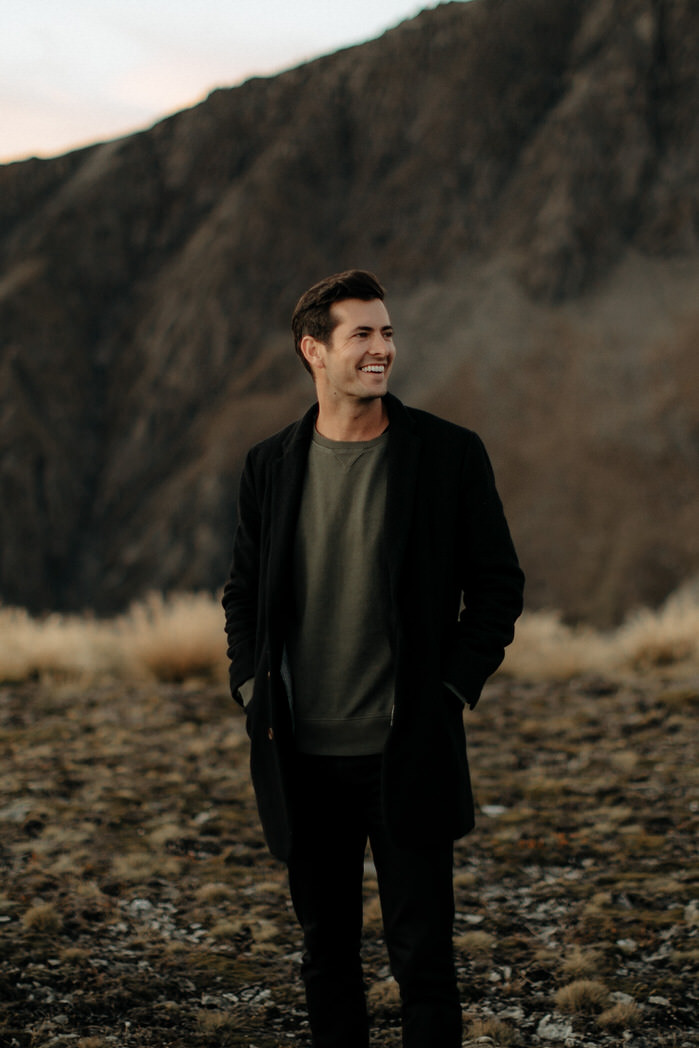 Cameron is the co-founder of Chasewild Photography - an adventurous and emotive wedding photography company based in New Zealand. Beyond shooting weddings and elopements, Chasewild equips and enables photographers to upskill themselves and grow their businesses through their workshops, editing presets and one-on-one mentoring sessions. Cameron believes that photography and creative business exist to 'turn your heart' on and is passionate about artists discovering their unique take on how they do that for the world. As easy-going as they come, Cameron is only particular about a few things in life: the grind size of his morning coffee, access to regular golf games and the campari ratio of a light night negroni. 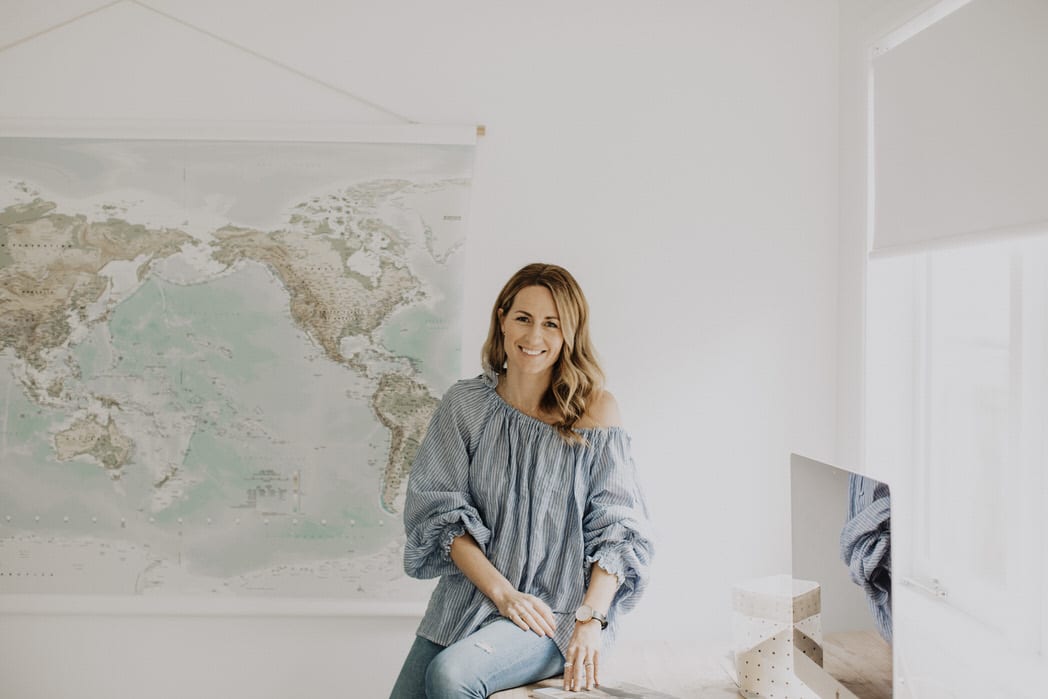 Greta is the Editor, Founder & Publisher of Together Journal - a publication celebrating creative and authentic real weddings, celebrations and love from all over the world. Greta studied photography, graphic design and marketing, and worked in the fashion industry for eight years before having her three children. While on maternity leave, she started shooting weddings for friends, as well as editorial content for magazines and blogs. Her photography business grew rapidly - within a couple of years she was shooting weddings all over New Zealand, Australia, the Pacific Island, Indonesia and the USA. Eventually, Greta noticed a distinct lack of modern wedding media on a global scale - so with the help of others in the wedding community, Together Journal was born! 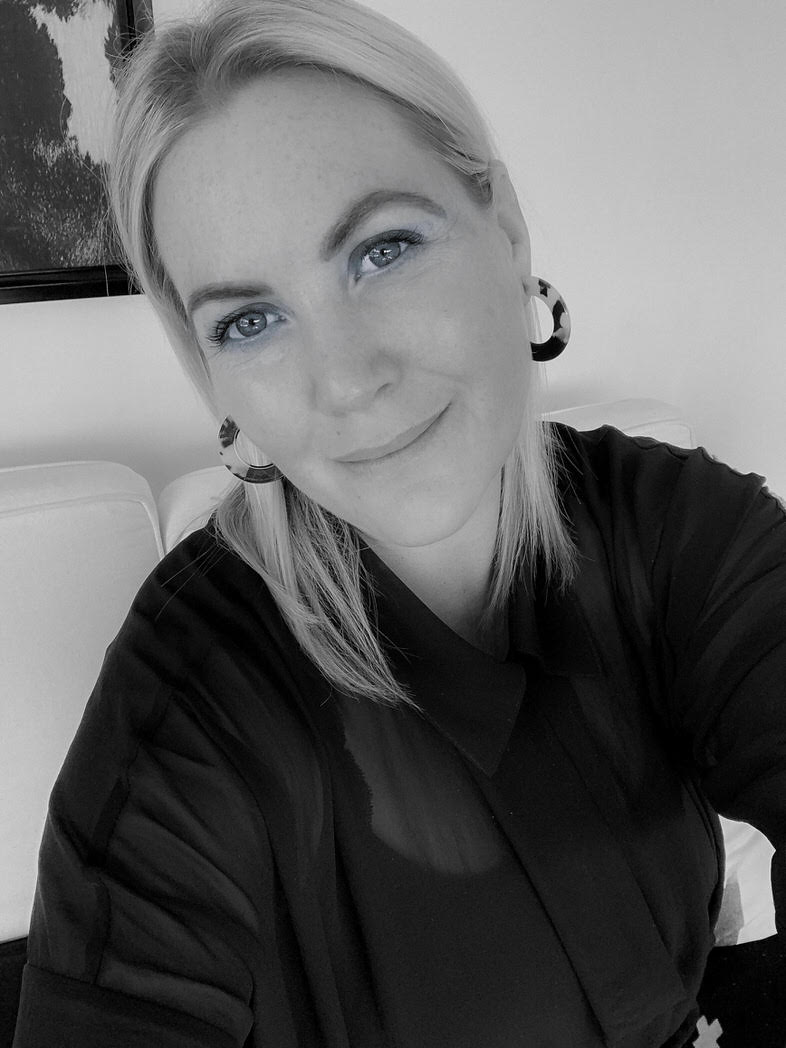 Kath is the owner and creative behind wedding brand, One Fine Day. Her genuine passion for the industry, combined with her impeccable eye and knowledge, has seen Kath and her One Fine Day team produce unforgettable weddings for over a decade. What started from humble beginnings as a one-man-band venture, has now seen One Fine Day grow into a vibrant A-team of 11 event professionals. Kath describes herself as a perfectionist, problem solver, creative, master of common sense and lover of a good challenge. She’s also a travel lover, wife and mum to three gorgeous children living in Queenstown, New Zealand, where One Fine Day is based. 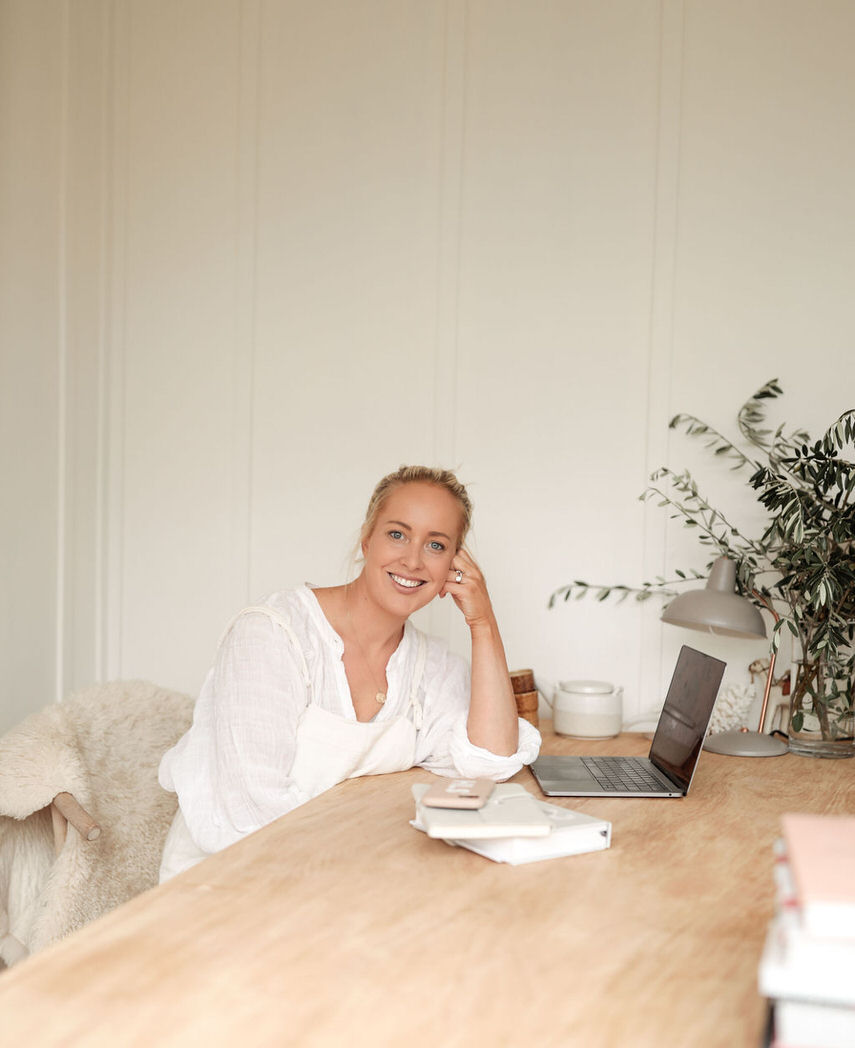 Michelle is the creative behind Half light Studio, a multidisciplinary design and business strategy studio dedicated to helping small businesses and creatives level-up and create conscious and sustainable brands. Michelle is an experienced designer, developer and business mentor who has a wealth of expertise working for and alongside small-to-medium businesses across a variety of industries. Her approach to brand growth centres on supporting clients to gain clarity on their values, streamlining and organising their systems, and elevating their thought processes to create conscious business models filled with nourishment and purpose. 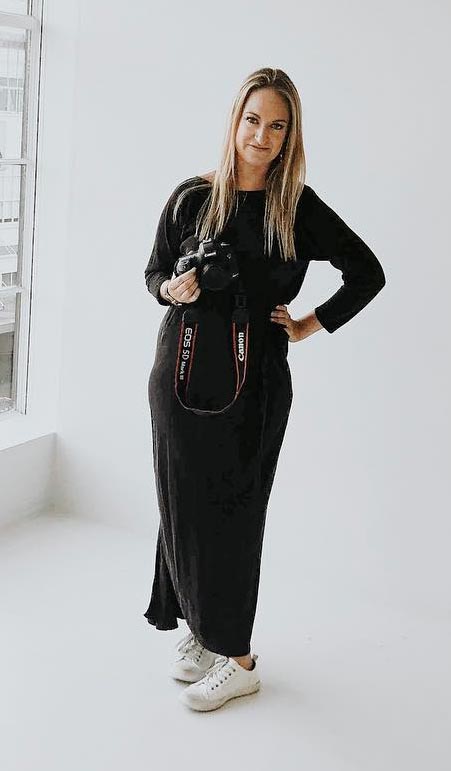 Lover of all things wild, Samantha founded Wild Hearts in 2015 alongside a group of local creatives. With a passion for dreaming big and a vision to create a community of like-minded industry leaders, Samantha has grown Wild Hearts into the well-known brand it is today. A stylist by trade, she is also the creative-soul behind all of our Wild Hearts campaigns and you will find her work featured in some of our favourite places including Together journal, Hello May, The Lane, and our own Wild Hearts Magazine. 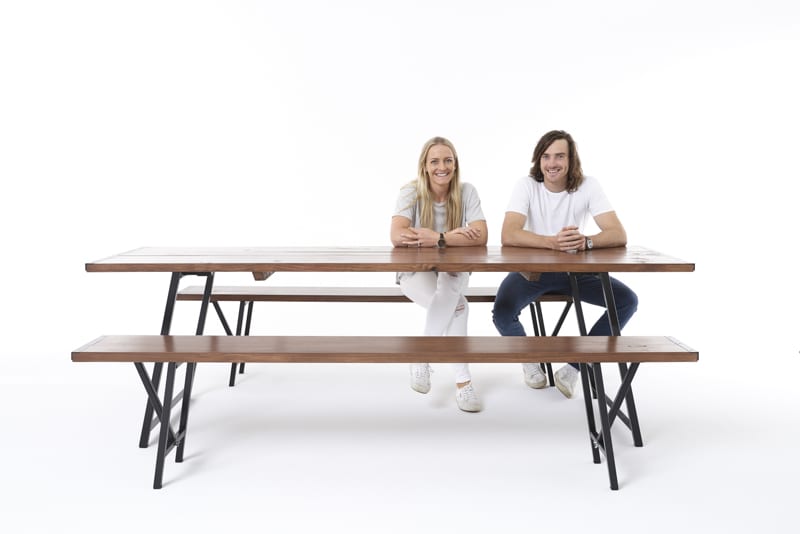 Twelve Tables directors Sara and Jean started their journey in 2015 in the midst of planning their own wedding. A love for creativity and details (and of course, each other) led the journey of sourcing and crafting unique items for their wedding. Four years and 150+ celebrations later, Twelve Tables is New Zealand’s tailored event expert, offering a luxury and completely customised marquee venue for clients throughout New Zealand. 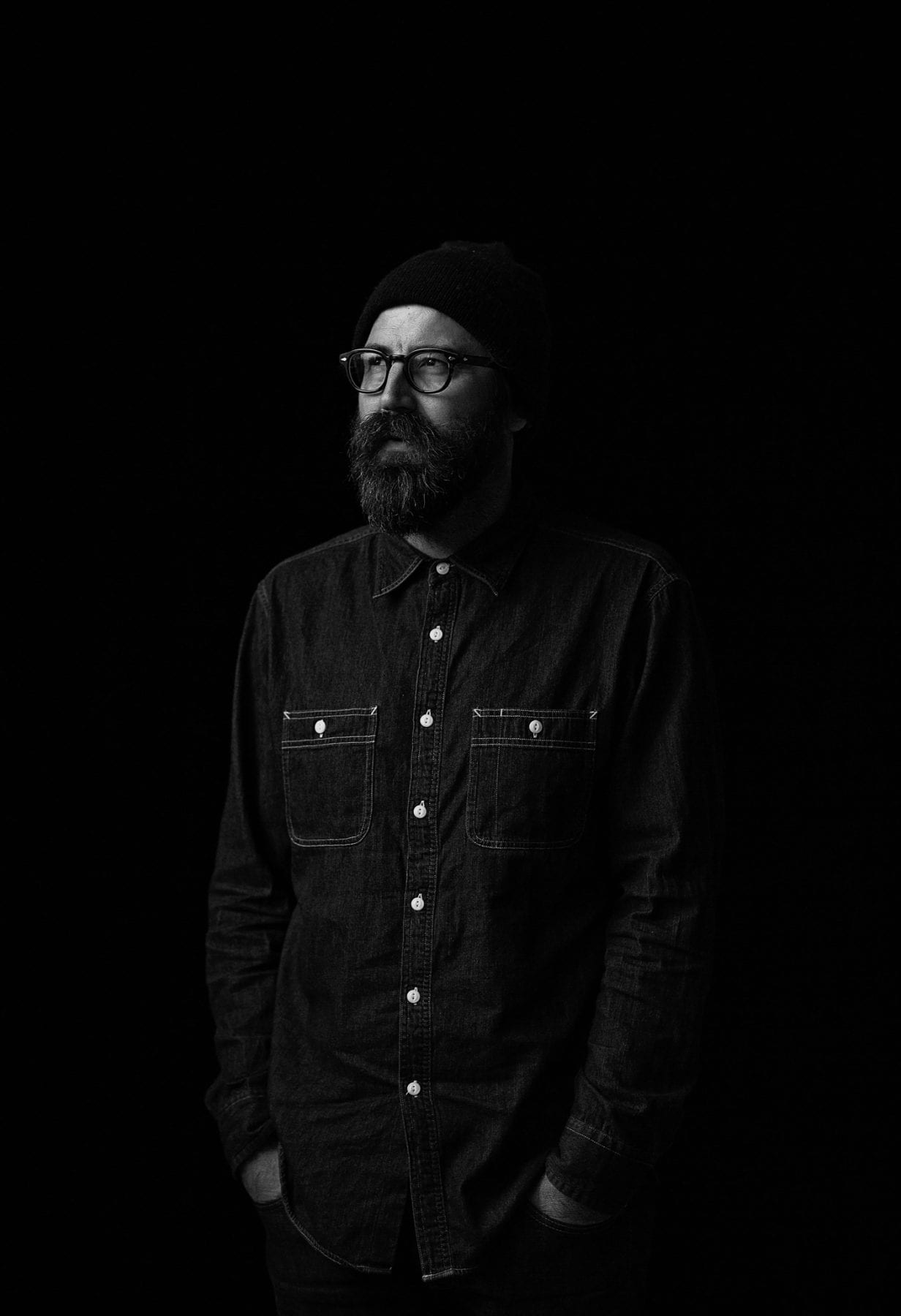 One half of Aotearoa-based photography duo Bayly & Moore, Si brings a decade’s worth of experience traversing the globe shooting people in love with every analog gadget he can find. A Rangefinder-NYC awarded photographer he has been recognised with numerous accolades from around the globe and has presented at key industry conferences and workshops in Europe, the US, Asia, Australia and New Zealand. Constantly dealing with the strong South Pacific sun has given him an enduring obsession with heavy shadow lines, directional light, and how human stories fit into all of that in the boldest way.