Jess & Marcus’ low fuss engagement shoot by Ethan Lowry Photography took place amongst the rugged, textured landscape in Muriwai, Auckland. A moody picturesque spot at sunset, Ethan captured Jess & Marcus’ relaxed and balanced relationship perfectly, with their love & joy for each other evidently displayed. We caught up with the couple below to learn a bit more about their love-story so far.

The Love Story: How did you meet? We met in Wellington at the Wellington 7’s tournament in 2012. It was a complete chance meeting. I was there with my sister and a group of her friends who were all seasoned 7’s goers – it was my first time. I peaked far too early after the morning’s session so spent the majority of the afternoon feeling less than in the mood to party. I was sitting alone in the stands when by a stroke of sheer luck Marcus happened to come and sit next to me, offering me a drink. I declined pretty swiftly. It was a brief encounter but we exchanged numbers and went on a date to the movies a few days later. Neither of us remembered what the other looked like as the exchange was so brief and there were some beer-goggles involved – so it was a little bit like a blind date!

Unfortunately I am from Auckland and he lived in Wellington, so we thought that after that date, that would be it. We continued talking for a few months after I returned back home from the 7’s. I visited Wellington again a couple months later and that’s when we decided to make it official and began a long-distance relationship. We managed 4 years of this as we were both studying at the time, until he was finally able to make the move to Auckland 3 years ago.

We got engaged at the end of 2017 – he proposed on the Gold Coast, Australia while on holiday with my family, and surprised me by flying our best friends and his family over to witness it. It was perfect! The rest as they say, is history.

Tell us a little bit about yourselves, and how long you have been together? Marcus and I have been together for 7 years now. We are pretty opposite in some ways – he is the dreamer, I am the realist – but very similar in others. We both love food and travel, but also enjoy a quiet night in together with some good snacks and TV to watch. We love being active and enjoy spending time with friends and family. To me, we have a perfect balance.

How did you choose your shoot location? Style and vibe of the shoot? All credit to Ethan for this one! We are very much a couple that does not like the attention or lime-light so something relaxed and fun was what we had hoped for. Ethan definitely delivered with the picturesque spot at Muriwai.

What does love mean to you? Supporting each other to grow as individuals so that we can grow together as a couple. 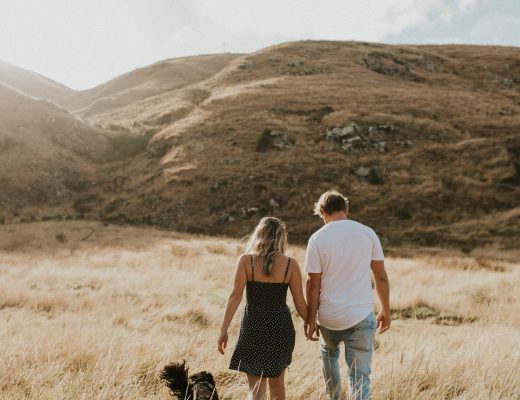 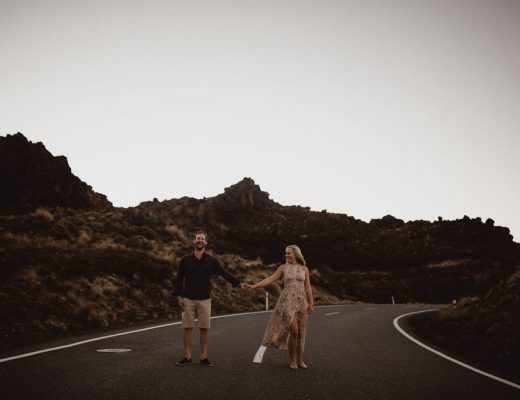